Article: DO YOU TRUST WHAT’S ON THE TIN? 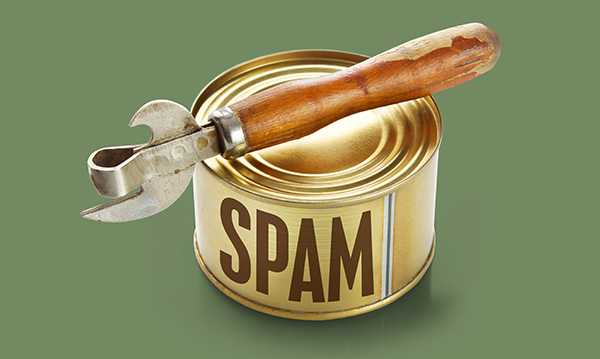 Trust is arguably the most valuable currency in today’s marketplace. And just like cash, it needs to be earned.

Defined as: “assured reliance on the character, ability, strength or truth of someone or something” or, “one in which confidence is placed” – this implies that trust requires a relationship between two or more parties.

With trust being present in virtually every decision we make and every relationship we have (to some degree), it is both fragile and a powerfully strong driver. Yet the way trust is being handled in the market-place, seems increasingly out of step with the fundamentals of human nature.

The release of the ‘2019 Edelman Trust Barometer’  report* once again put the importance of trust in the spotlight. And with 19 years of focused, extensive research under its belt, the Edelman organisation speaks with considerable authority.

First, they contend that, “Trust is tangible”. The report says: “We found that the power of trust as a key indicator is very much connected to its forward-looking nature and strong connection to risk. Unlike reputation or favorability, which are backwards looking metrics, trust implies a dynamic projection – it is a bet that stakeholders place, trusting that the organization will deliver against their positive expectations.”

And makes the assertion: “Trust is a critical asset for any organization, and as such, it needs to be protected, promoted and managed to improve the chances that an organization will succeed in the long term.”

But the 2019 report also states: “The more dramatic story this year is that the world is now divided by trust. There is a 16-point gap between the more trusting, informed public and the far more sceptical mass population, marking a return to record highs of trust inequality, and the re-emergence of a true ‘mass-class’ divide.” It continued: “Pessimism runs particularly rampant across the developed world.”

In looking at trust in today’s digital economy, I find articles from Mark Di Somma (a New Zealand strategist, writer and brand consultant) a useful exposé. In his article ‘Building Real Brand Trust In A World Full Of Fake’** Mark comments that, “The splintering of channels, new levels of transparency and increasing expectations from customers have made just being a trusted brand almost impossible.”

Mark goes on to lay out some key attributes for building trust, but underscores this by pleading, “Say what you do. Do what you say. Excel in a way that your brand can own. Be clear about why that matters. And do it all consistently.” (I recommend this article as a good read and you can find it HERE.)

WALKING THE TALK – A LOCAL STORY

The LV Martin & Son story is part of New Zealand retail folklore. If you’re of a certain age, you’ll recall their self-presented commercials (featuring Alan Martin and latterly his son Neil), fronting simple talking head advertisements selling household appliances. These messages were ground breaking in their day and, in my view, are still the best local example of success through a philosophy of winning consumer trust.

Alan Martin’s mantra was, “It’s the putting right that counts.” The brand contention behind this being that everything possible would be done to get things right first time, but, knowing that in real life things can go wrong, there was an absolute commitment to putting it right.

The true measure of this claim was always going to be in how the talk was walked over time, so the business owners publicly fronted their promises. An owner’s home phone number was published as a customer help-line, product guarantees were strengthened in favour of customers and, if a TV was sold that didn’t work as expected, a free portable replacement was provided until things were sorted. These were just some of the tangible measures put in place over many years.

On Alan Martin’s retirement, during a TV interview with Alan and his wife Shirley, she recalled that in the early years she would personally wash customer laundry while a washing machine was being repaired.

In reflecting on these details, I suggest we DON’T consider them as quaint anecdotes, but consider the full force of personal commitment behind this business. It was little wonder that LV Martin grew to annual sales in excess of $30 million. And this was back when corporate turnover was at far lower levels than they are today.

The true strength here was in the clarity of message – integrity of delivery – and the depth to which the ethos was embraced by customers and staffers alike. Ultimately it was ‘real’, it was fully ‘owned’ by the business, and was trusted – for decades.

THE RISE OF THE ‘INFLUENCER’

The ‘influencer’ strategy (as we see it today) aims to leverage audience trust in someone else’s opinion, based on their perceived knowledge in a given field and their perceived benevolence for a good outcome for others. This trust is often based on ‘image’ rather than true ‘knowledge’ and is simplistically geared to appeal to herd instinct.

While celebrity endorsements have been around forever, there’s a pretty clear understanding of this relationship – open sponsorship – but the role of the influencer is often murkier. Perhaps a foundational test of authenticity might focus on influencer self-profit. If an influencer is an authentic supporter of a brand, wouldn’t they want to promote it for free? This brings motives into question.

Let’s not commoditise trust; to do so is to mess with a fundamental cornerstone of human nature. And in a marketplace that’s so full of fakery, there’s real opportunity for brands to grow consumer trust for all the right reasons. Maybe Alan Martin’s words are spot-on in this context too… “It’s the putting right that counts.”